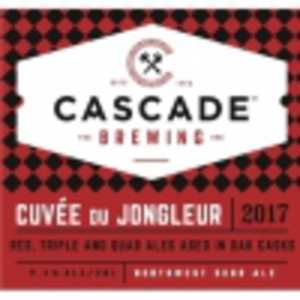 More: Cask Conditioned
Originally released in 2008, Cuvée du Jongleur, or “Blend of the Juggler,” consists of select red, triple and quad sour ales aged in oak barrels for up to three years. Making its first appearance in over a decade, the 2017 project pays homage to the original blend, juggling a variety of base beers that offer clean and complex flavors through the lactic fermentation process that has come to define our Northwest Sour Ales.